Rosa sits on the bottom step as she pulls on her work boots, feeling the comfort of this familiar routine. With a sigh she stands and pulls on her jacket before kissing goodbye to her husband and kids, the same routine she has followed for the past ten years. She grabs her flask and sandwiches and jumps into her car noticing that the petrol light has joined the engine warning light on the dashboard. Another sigh and she makes her way to work on autopilot.

When she reaches the gates, she stops. An invisible barrier stops her going any further. Rather than entering and looking for the closest space to the entrance as she usually does, she parks on the road and makes her way over to the huddle of coworkers outside the gates.

A newspaper is thrust into Rosa’s hand, ‘Disruption expected as workers go on strike’ is the headline. As usual, lots of mentions of disruption and not a line on the below-inflation pay offer, the health and safety infringements, the constant threat of fire and rehire hanging over their heads.

Rosa’s anger begins to rise as she watches so many people crossing the picket line. She tries to talk to them to explain why they are there but she’s greeted with blank expressions. The same expression, she suspects, they use when asked for change by a beggar. They won’t engage with her whatsoever, won’t even make eye contact. The same people who called us key workers and clapped for us during the pandemic, she thinks to herself with disgust.

A group of people wander over. Some are carrying banners of their own she noticed. Others have homemade red flags. ‘We’re the flying picket,’ one of them joked. They explained they were from the local TUC branch, from the Labour Party and the CPB, and they spend some time chatting about their own experiences on strike.

They asked how they could help. Rosa asked them to help handing out flyers and explaining the situation to customers at the other entrances that the workers hadn’t been able to cover. They nodded and set off. Rosa had surprised herself, she’d never thought I’d herself as militant, let alone a leader but now people were looking to her for guidance.

The flying picket spent about an hour there, giving tips and chatting. One bloke mentioned that he’d been out on strike with CHEP for 21 weeks! ‘We won though and you will too,’ he said. Suddenly the isolation Rosa had felt that morning had gone and instead she felt energised. The despair had gone, replaced by hope. 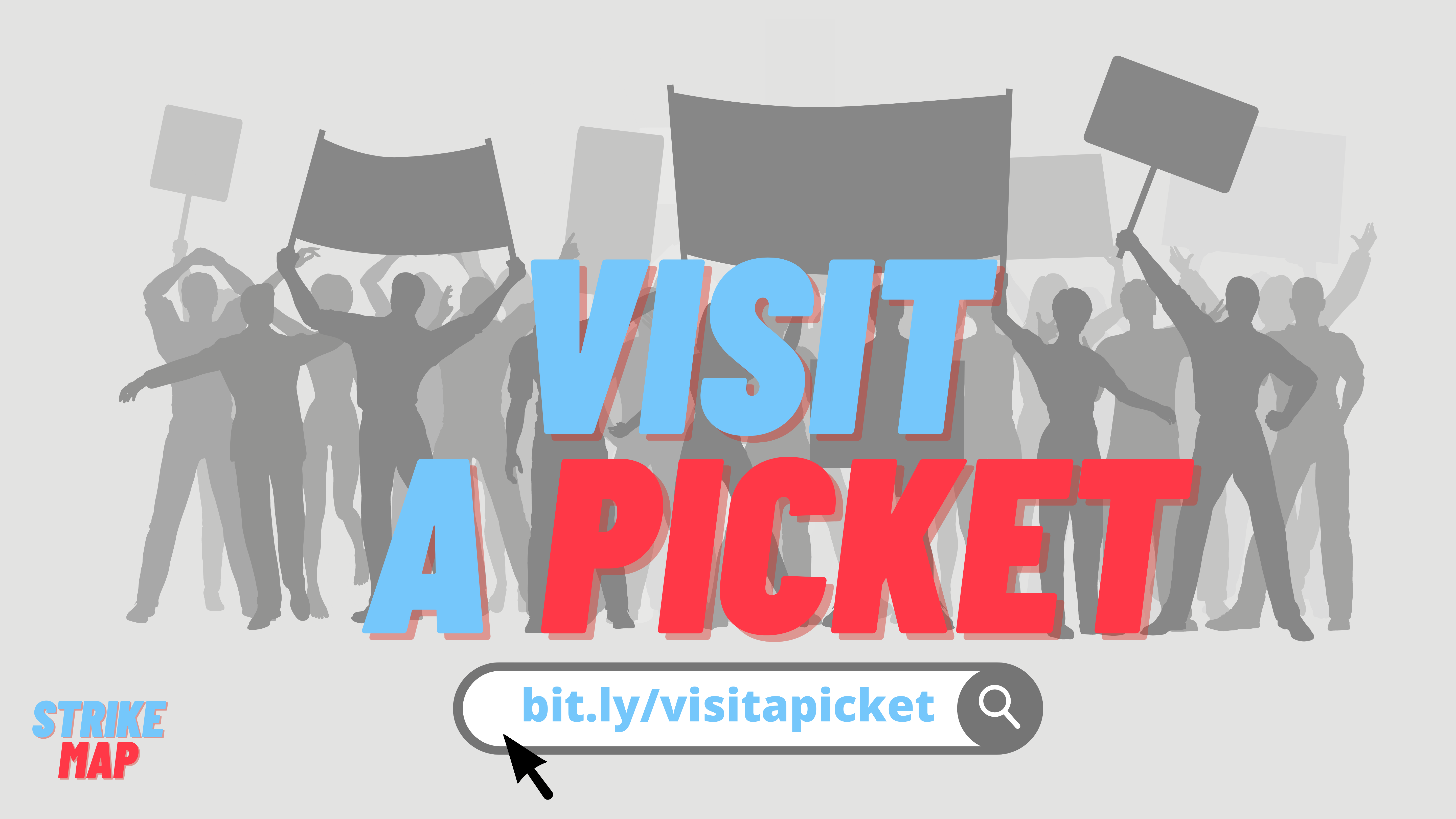 As you may have guessed Rosa is not in fact a real person but a fictional character made from an amalgamation of stories we’ve been told about recent strikes. ‘It would be isolating without the community around you,’ as one UCU striker told us.

No one takes the decision to strike easily and it can be scary. Gary Walker is the CHEP striker mentioned above. He told us that

‘Going on strike was a really difficult decision to make and one none of us took lightly. Going out there to the picket line every day the first day was actually really scary but strike action and using our collective power was the only way we could win the pay and conditions we need for our job.’

The experience of a picket line can and should be very different though. Another recent picketer told us that

‘Often a picket line is where workers connect with the wider union movement. It’s where you see who is committed to changing things for the better and who in crossing the picket is looking out for themselves. It’s also where solidarity is shown by other non striking workers and that is key to the energy that keeps trade unions going.’

Since our launch in December 2020 Strike Map has had thousands of views and mapped over 220 strikes. Now in 2022, we’re seeing a growing militancy from workers who have said that enough is enough. It’s time to take the strong support we have had online onto the streets and ensure our solidarity extends beyond a tweet.

Our latest campaign – Visit a Picket – launches today, May Day, and asks people to sign up using our form which will then generate details of the nearest strike and send it to them. When visiting the picket line, we are encouraging people to upload video and pictures on social media, tagging the Strike Map account.

We hope everyone will sign up, visit their local picket and show their comrades some solidarity. Our only response to a growing cost of living crisis, and a failing government in Westminster, is collective action using the full weight of our communities.

Visit a picket today and remember: when we fight, we win!